8080 Undersea Explorer is a limited edition Atlantis set, released in late May 2010. It comes with a red Atlantis Key (the Shark Key), the Sea Serpent, and a Bobby Buoy minifigure.

The Undersea Explorer has two arms and a missile launcher on one of them. On the other arm there is a grabbing hand which can pick up keys. It has six wheels and an assortment of lights. Two flick missiles are mounted on the top, along with lime green propellers. It can transform from a six wheeled, surface rolling tank-like machine into a massive walker that has two rocket-powered torpedoes. It also includes a black and yellow sea serpent. 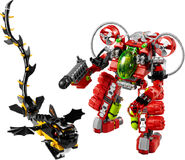 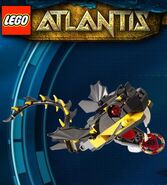 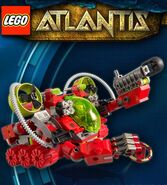 The Explorer with extended armaments. 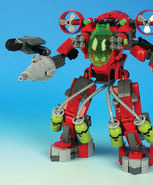 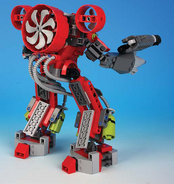 The back of the prototype. 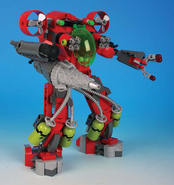 The side of the prototype.

The original prototype was a Power Miners vehicle. 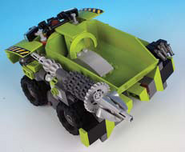 The back of the Power Miners prototype.

The beginning of the Prototype's transformation.