8191 Lavatraz is a Power Miners set released in January of 2010 in the UK. Towards the end of June 2010, it was released in the United States in Toys R Us, LEGO Shop At Home, and most LEGO stores. It is set number 16 in the series.

The preliminary set on display

Off goes the rock 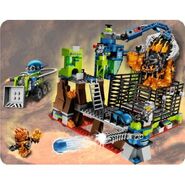 Alternate image of the set 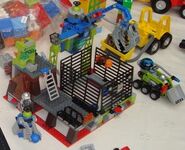 Another view of the set