As a Toa Mata, she had hooks that helped her slice through water. Her arms raised and fell if you twisted the gear on her back. As a Toa Nuva, she had weapons that acted as propellers in the water, and could attach to her feet. As a Mistika she has a Nynrah Ghost-Blaster.

Gali is the only female Toa and incredibly wise-perhaps wiser than all the other five Toa put together. The villagers of Ga-Koro are incredibly loyal to Gali and believe she is the sustainer of life. But if she gets angry, look out -- tidal waves and rainstorms flood the island! Gali is the most agile and gymnastic of the six Toa. She has incredible jumping abilities and her own brand of acrobatic self-defense. The only things that can slow her down are excessive heat and drought.

Gali is at home both in and near the waters of Lake Naho. She swims quickly through the waterfalls that plunge down into the icy water, using her two hooked arms to grab onto rocks and cliffs. She works in harmony with the waters, which help to protect her in times of danger. 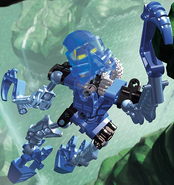 Gali in the game.

Gali in Legend of Mata Nui 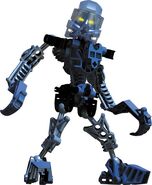 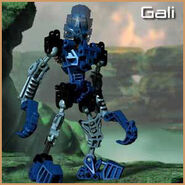 $9.99 +
Released
July 2001 (US) / January 2001 (UK) +
ShopDescription
Powerful as the ocean Gali, the onl … Powerful as the ocean</br></br>Gali, the only female Toa, controls the waves themselves! When she’s angered, she can cause tidal waves and storms. Explore the waters around Mata Nui with her and use her powers to fight Makuta. Her hook arm helps her get out of trouble when danger threatens. get out of trouble when danger threatens. +
Theme
BIONICLE +
Title
Gali +
Type
Set +
USPrice
$6.99 +
Advertisement