8541 Matau is a BIONICLE set released in 2001, featuring Turaga Matau.

During the wars against the Brotherhood of Makuta, Matau, along with the other Turaga, was trapped for not cooperating with Helryx, leader of the Order of Mata Nui. The Turaga were imprisoned there when Makuta Teridax took over the Matoran Universe. The set includes the Kau Kau Staff (which has nothing to do with the mask called Kaukau), Matau's Badge of Office. A lever on his back can make him raise or lower his saw. 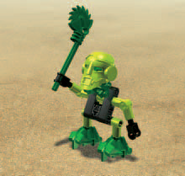 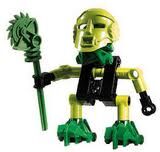 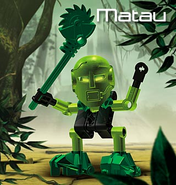 £1.99 +
Released
July 2001 (US) / January 2001 (UK) +
ShopDescription
Matau Both a brave warrior and a practical joker, Matau is the protector of the legend of Lewa. He is the Turaga of the village of air and shares his knowledge of Mata Nui's lore with Lewa. +
Theme
BIONICLE +
Title
Matau +
Type
Set +
USPrice
$2.99 +