8614 Nuurakh is a BIONICLE set released in 2004. It is one of the six types of Vahki. The set includes the Nuurakh itself and a Kanoka disk.

The Nuurakh was on of the six breeds of Vahki, robotic guards patrolling the city of Ta-Metru on Metru Nui. 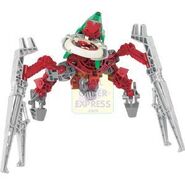 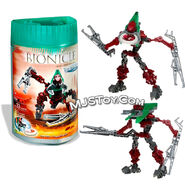