8639 Big Bentley Bust Out is a Cars set released in August 2011. It features a model of Big Bentley with a secret entrance, control panels, a slammer function and a winch, the Queen's podium and seven cars. 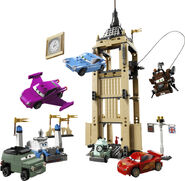 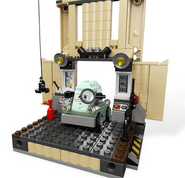