Brickipedia
Register
Don't have an account?
Sign In
Advertisement
in: Class 4 articles, Sets listed for ages 7-16, 2008 sets,
and 3 more
English

Vamprah was a Phantoka. He wore the Kanohi Avsa, the Great Mask of Hunger. After corrupting many Matoran, he chose Gavla to act as his eyes when he was blinded by the great flash given off by Toa Matoro when he used the Kanohi Ignika to bring Mata Nui back to life. He was silent and didn't like any sort of unnecessary noises. He was blue and black in colour. Toa Ignika sacrificed himself to awaken Mata Nui from sleep, creating an energy storm in Karda Nui, destroying Vamprah's body and obliterating his antidermis, killing him.

Another picture of 8692 Vamprah outside the box. 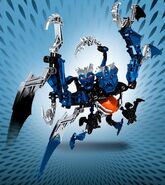 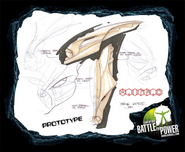 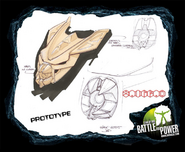 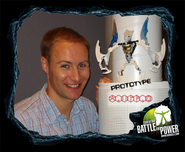 Diving si … Silent hunter of the sky!</br></br>Diving silently through the air on his huge black wings, Makuta Vamprah strikes fear into the hearts of even the other Brotherhood members. He's ready to crush the Toa Nuva with his Mask of Hunger, vicious hook claws, razor-sharp wing knives, and Tridax Pod with shadow leeches.</br></br>* Combine with 8948 Gavla to double the destruction!</br>* Tridax Pod holds 4 shadow leeches!</br>* Vamprah stands 7" (18cm) tall! leeches!