8831 Minifigures Series 7 is the seventh series of Collectable Minifigures. It was released in May 2012.[1] As with all the other series, this one has minifigures based on television, movies, video games, and townspeople that cannot be found in regular sets.

Hippie as the logo on LEGO.com 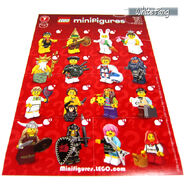 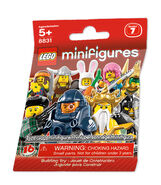 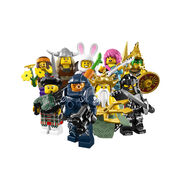