8902 Vezok is a BIONICLE set released in early 2006. It includes a model of the blue Piraka known as Vezok. 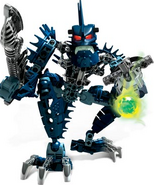 Retrieved from "https://brickipedia.fandom.com/wiki/8902_Vezok?oldid=1615896"
Community content is available under CC-BY-SA unless otherwise noted.