8926 Toa Undersea Attack is a BIONICLE playset released in 2007. It contains a sea creature that can transport a Toa Mahri, a huge claw, and a Cordak Blaster; a Barraki's crab-like Rahi, another Rahi belonging to the Barraki, a modified Razor Whale that the Toa Mahri can ride, and 3 Toa Mahri and 3 Barraki.

Battle beneath the waves!

The Toa Mahri return to the Pit inside a bizarre sea creature, arriving just in time to battle the Barraki and their frightening sea creature servants. It's all-out battle under the sea when these two forces clash. Cordak blaster really fires and comes with extra missiles! 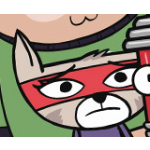