Brickipedia
Register
Don't have an account?
Sign In
Advertisement
in: Class 4 articles, Sets listed for ages 8-14, Agents 2.0,
and 4 more
English

The 8970 Robo Attack is an Agents 2.0 set released in June 2009. It contains a robot which can split into two sections, the Agents Quad Bike, the Agents Super Jet, and six minifigures- Dr. Inferno, Agent Trace, Agent Chase, and three Tourists, one with a camera. The set features the new Agents body armour. It has 411 pieces.

Dr. Inferno's Robot is his main mode of transportation in Agents 2.0. It is equipped with a flame laser and a claw. The flame thrower's dial says, TOAST, GRILL, and FLAMBÉ. The torso can split into two parts. The robot also includes a small vehicle in the cockpit for Dr. Inferno to escape in. 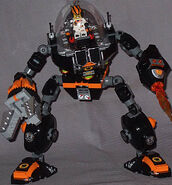 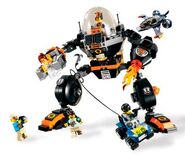 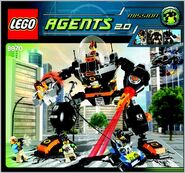