Brickipedia
Register
Don't have an account?
Sign In
Advertisement
in: Class 4 articles, Sets listed for ages 7-14, 9000 sets,
and 3 more
English

9442 Jay's Storm Fighter is a 242 piece Ninjago set released in late November 2011. It includes Jay and Snappa. The set features a large blue jet as well as a shrine for the Fangpyre Snake Staff. 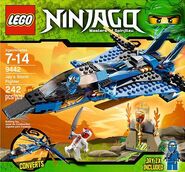 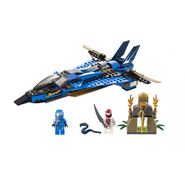 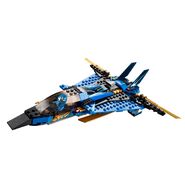 The storm fighter with wings folded out