This set has three main features. The first and simplest is a "rock shooter" built into the front of the vehicle, which is activated by pulling a small trigger. Also included is a function where six "ninja blades" pop up all over the vehicle when the engine on the back is pressed. The main feature of the set is that the cockpit rotates when the vehicle is turned over to reveal several Lime Green bricks, which represent the vehicle's "stealth mode" (the vehicle's colouraton disguises it as a Serpentine vehicle). 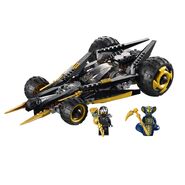 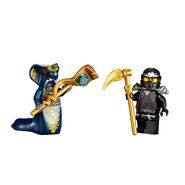 How it appears in the TV Series