9445 Fangpyre Truck Ambush is a 452 piece Ninjago set released in December 2011. It includes a large, tailed snake-like truck, a small snowmobile for Zane, the Fangpyre Snake Staff, Fangtom, Fangdam, Zane ZX and Jay ZX. The tail of the snake truck can whip side to side. It has the ability to "eat" the ninja and has suspension. 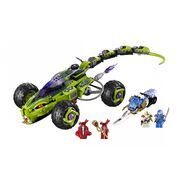 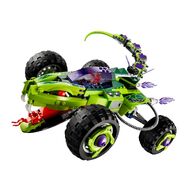 Close-up of the head

The Snowmobile in the TV Series