9492 TIE Fighter is a 413 piece Classic Star Wars set released in 2012. It includes a Death Star Trooper, an Imperial Officer, R5-J2, and a TIE Fighter Pilot. 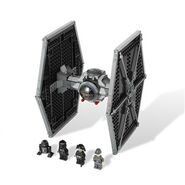 The TIE Fighter on display 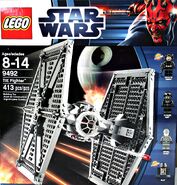 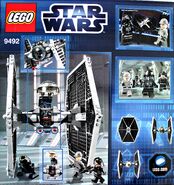