9515 The Malevolence is a Star Wars set released on July 23, 2012. It is based on General Grievous' first flagship, the Malevolence, before the Invisible Hand. However, only two minifigures are exclusive to this set, Senator Padme Amidala and the Battle Droid Commander. 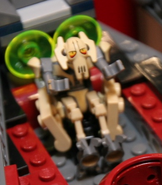 General Grievous on the bridge

The ship with the minifigures

The set on display

Underneath one of the hull plates

Preview of the set in a LEGO Star Wars blog 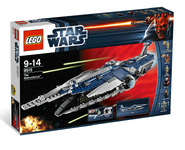 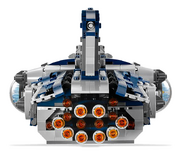 The top taken off