Brickipedia
Register
Don't have an account?
Sign In
Advertisement
in: Class 4 articles, Sets listed for ages 6-14, Ninjago,
and 3 more
English

9590 NRG Zane is a Ninjago spinner released in September 2012. The set includes NRG Zane, a Transparent Blue spinner and Silver crown, a character card, four battle cards, a few bricks and three weapons. The included Golden Weapon is a flail made from a chain (similar to his ZX set), a dagger, a shuriken, and a short staff. Zane's other weapons are a silver katana and a silver scythe, which is built like the Scythe of Quakes, just not gold. 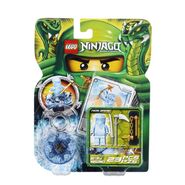 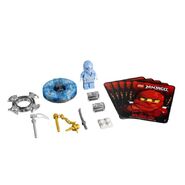 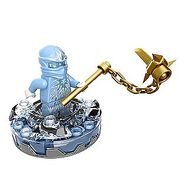 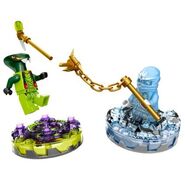 Fighting Spitta, who is not included in the set

His True Potential in the TV Series