A.I.M. agents are both soldiers and scientists. When not trying to take over the world, they sell weapons to other villains. They work for MODOK, but resent him due to his abusive leadership. 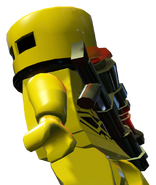 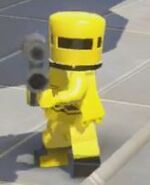 Aiming his gun
Add a photo to this gallery
Retrieved from "https://brickipedia.fandom.com/wiki/A.I.M._Agent?oldid=1977765"
Community content is available under CC-BY-SA unless otherwise noted.