The ADU Rookie is an Alien Conquest minifigure introduced in 2011. 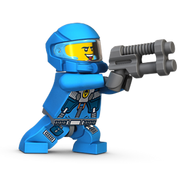 Alternate expression
Add a photo to this gallery

Retrieved from "https://brickipedia.fandom.com/wiki/ADU_Rookie?oldid=2000379"
Community content is available under CC-BY-SA unless otherwise noted.
... more about "ADU Rookie"
RDF feed
Accessories
Gun
Helmet
Visor +
Appearances
7067 Jet-Copter Encounter
30141 Jet-Pack +
ArticleRating
4 +
Image
ADURookie_HighRes.png +
InfoboxTemplate
Minifigure +
ShopDescription
“Hey there! –
Ever since the alien … “Hey there! – <br /> Ever since the aliens invaded my pop’s farm and stole his favorite cow, I’ve been itching to give them a little payback. And now that I’ve joined the A.D.U., I’m sure I’ll be saving the world in no time! The Sarge says I’ve got lots of potential, which is good, because I sort of keep getting in over my head and having to get rescued by the rest of the team. But I’m sure everybody starts out that way, right? I’m sure with a little practice, I’ll be beating the aliens in no time!”e, I’ll be beating the aliens in no time!” +
Theme
Alien Conquest +
Title
ADU Rookie +
Years
2011 +