Abby Yates is a Ghostbusters minifigure released in 2016. She is based on the Ghostbusters reboot character played by Melissa McCarthy of the same name. Abby Yates also appears in LEGO Dimensions in the 71242 Ghostbusters (2016) Story Pack, and the 75828 Ghostbusters Ecto-1 and Ecto-2.

Abby Yates and Erin Gilbert were a pair of unheralded authors who wrote a book positing that ghosts are real. A few years later, Gilbert reunited with Yates, teaming up with a nuclear engineer, Jillian Holtzmann, and a subway worker, Patty Tolan, to save the world from a mysterious evil and powerful demon known as Rowan who could exercise control over human forms. 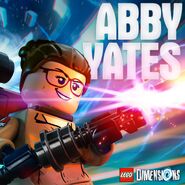 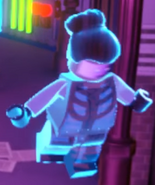 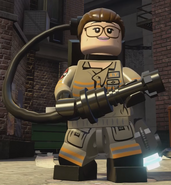 Add a photo to this gallery
view · talk · edit Ghostbusters minifigures
Retrieved from "https://brickipedia.fandom.com/wiki/Abby_Yates?oldid=1977895"
Community content is available under CC-BY-SA unless otherwise noted.