LEGO advent calendars is a collection of seasonal sets which are released annualy some time before Christmas. They belong to different themes (Basic, Belville, Castle, City, Clikits, Creator, Friends, Kingdoms, Pirates, Star Wars). Every advent calendar contain 24 little models for each day, from the beginning of December to Christmas Eve.

An advent calendar is used to countdown the days preceding the Christmas Day. In the XIX Century it had strictly religious character, as it was used by German Lutherans to mark passing days of preparation time (advent) before the birth of Christ’s celebrations. The printed or home-made calendars revealed daily a part of a Nativity story, a verse from the Bible or a religious image. The idea of a device allowing children to receive one small gift a day while waiting for presents under the Chistmas tree was created after the Second World War. The typical calendar is made of 24 little sealed compartments which can be reached by forcing open the pre-cut ‘windows’ of the cardboard cover. The windows are designed to be opened one per day. Each compartment contains a small treat (usually a sweet or an image) – in LEGO sets there is a few bricks or a minifigure inside. The calendar is supposed to be given to children on December the 1st to teach them patience and to make the waiting for holidays more interesting.

The first LEGO advent calendar appeared in 1998. The late nineties’ sets contained a Santa Claus minifigure and – typicaly to the Basic theme – simple brick-made structures, which can be finally reassembled into a bigger model. This idea was continued in Creator’s calendars (2001–2004), which also included Max and Tina 4+ figures. In 2004 two advent calendars representing different themes appeared for the first time. An alternative advent calendar set belonged to Clikits theme and from then on up to three sets are available each year. The City theme calendars have been released every year since 2005, usually accompanied by one or two sets from other popular themes. Apart from various minifigures, the mystery windows contain many useful accessories. Nowadays the biggest advantage of purchasing advent calendars – apart from receiving a suprise gift every day – is the possibility of obtaining rare parts and unique variations of certain minifigures (e.g. Friends girls wearing winter clothes).

Many models hidden in Basic, Creator, City and Friends advent calendars are connected to Christmas celebrations and winter activities, therefore they represent typical holidays icons (like Santa Claus, a snowman or a Christmas tree), which throughout the years appeared in many variations.

Other non-seasonal themed treats are included in order to enrich owner’s collection. Star Wars, Castle and Pirates calendars are focused on valuable themed parts and figures but sometimes contain unique and suprising elements like main characters clad as Santa. 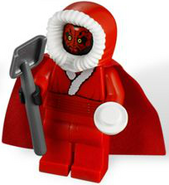 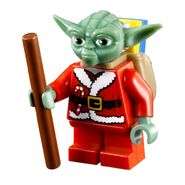 Retrieved from "https://brickipedia.fandom.com/wiki/Advent_calendar?oldid=1925924"
Community content is available under CC-BY-SA unless otherwise noted.