Alien Commanders are minifigures from the Mars Mission theme. In the theme's storyline, they lead the other Aliens against the Astronauts.

The Alien Commander has a much more imposing stature than standard soldiers. His head is connected to his torso and is roughly round. It is also long, jutting forward with two indents for nostrils, a triangular mouth and ridges above the large eyeholes. A transparent light green piece is set in the back of the head, representing the eyes. The head, neck and sides of the torso are all black, while the centre is transparent dark green. Like all Mars Mission aliens, the Commander has a hole in his chest where a pole piece can be inserted. The Alien Commander's body is V-shaped, with the hips smaller than the shoulders. pegs extend from the shoulders and hips where the arms and legs can clip on. Interestingly, the piece used for the four limbs is the same; used upside-down for the arms, it creates broad shoulders, slightly bent elbows and a two-fingered claw. Flipped right side up, they clip onto the hips, have slightly bent knees and feet with two toes. The arm/leg piece is transparent green.

Alien Commanders lead the Alien Hive members against the astronauts mining on Mars. They are much stronger, taller, more muscular, and more powerful in weaponry than the Drones and pilot more powerful ships, such as the ETX Infiltrator.

In the game CrystAlien Conflict, the Alien Commander can be played for the alien special ops, proving himself to be much more powerful than even the strongest alien vehicles, as it destroys power plants, vehicle factories, defense turrets and more while making its way to the astronauts' hypersonic operations aircraft/

It also makes an appearance in the last level of the astronaut special ops, where, if the player tuns into a wrapped present, the commander appears and attempts to destroy the astronaut complex.

The alien commander in a Crystalien Conflict cutscene 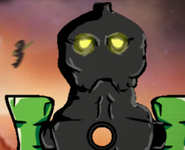 The Alien Commander in Crystalien Conflict 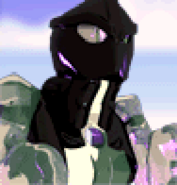 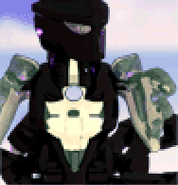 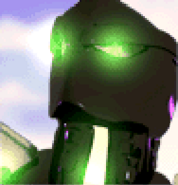 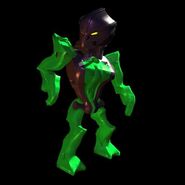 In LEGO Battles
Add a photo to this gallery

Retrieved from "https://brickipedia.fandom.com/wiki/Alien_Commander_(Mars_Mission)?oldid=1662681"
Community content is available under CC-BY-SA unless otherwise noted.