Angelica is a Pirates of the Caribbean minifigure that was released in the 2011 set 4195 Queen Anne's Revenge. 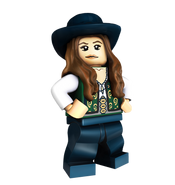 A computer-generated image of Angelica 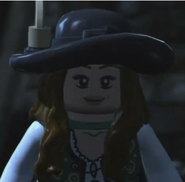 Angelica in the video game

Retrieved from "https://brickipedia.fandom.com/wiki/Angelica?oldid=1499333"
Community content is available under CC-BY-SA unless otherwise noted.