Barty Crouch Junior impersonated Mad-Eye Moody using a Polyjuice Potion in Harry Potter's fourth year at Hogwarts. He was secretly trying to make sure Harry made it through the 3 tasks of the Triwizard Tournament and into a trap to resurrect Lord Voldemort. After Lord Voldemort's rebirth, he was taken into custody by the Ministry of Magic and was given the Dementor's kiss, meaning that his soul was sucked out, leaving only an empty shell. Shortly before 'the kiss' was performed, he killed his father, Barty Crouch Senior. 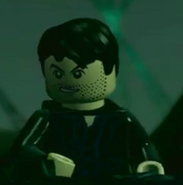 Crouch when the Polyjuice Potion has worn off. 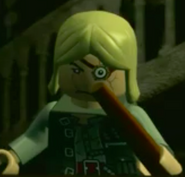