Batman of Zur-En-Arrh is a playable character in LEGO Batman 3: Beyond Gotham.

Tlano was an alien scientist from the planet Zur-En-Arrh who has been monitoring the activities of Earth. Upon seeing the exploits of Batman, he became Zur-En-Arrh's version of Batman. Batman was soon teleported to Zur-En-Arrh where he meets the Batman of Zur-En-Arrh. Batman and Batman of Zur-En-Arrh join forces to defeat giant invading robots piloted by an unidentified alien race. After the robots are destroyed, the alien Batman gave Batman/Bruce Wayne his Bat-Radia device as a keepsake and returns him to Earth.

In post-crisis continuity, the Batman of Zur-En-Arrh was an alternate identity assumed by Batman himself. The identity was created as a back-up personality in-case Bruce ever got amnesia or lost his main personality in some other way. This version of Batman was much more violent and reckless than normal Bruce and was monitored and guided by the other back-up personality of Bat-Mite. Here, the word, "Zur en arrh" came from Bruce's childhood mishearing of some of his father's last words, "The sad thing is they'd probably throw someone like Zorro in Arkham". 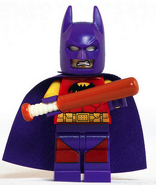 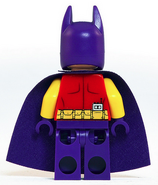 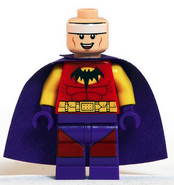 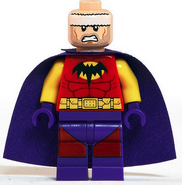