Rene Belloq was working with the Germans to find the Ark of the Covenant in Indiana Jones and the Raiders of the Lost Ark.

Belloq is Indy's rival and has opposed him multiple times in the search for artifacts. He was killed after looking into the Ark. Belloq has appeared in only one set, the 7623 Temple Escape set.

Belloq as a boss in Indiana Jones 2

Belloq as a minifigure 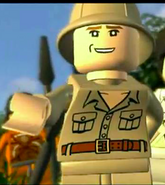 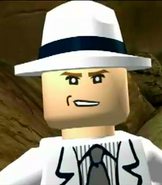 Belloq in his white suit and hat 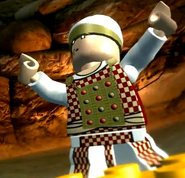 Belloq dancing in his priest outift 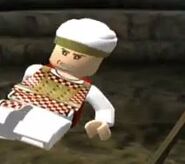 Belloq defeated by Indy and Marion 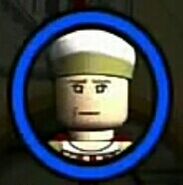 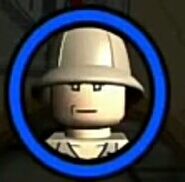 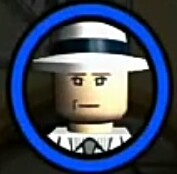 Belloq
Add a photo to this gallery
Retrieved from "https://brickipedia.fandom.com/wiki/Belloq?oldid=1984219"
Community content is available under CC-BY-SA unless otherwise noted.