Biff is a male Astronaut who appears in 4850307 LEGO Battles. He is the male hero for the Astronauts in the Mars Mission story. He fights alongside Gemma, and they appear to be partners. It is possible that his last name is "Barker", due to their being a character in the LEGO Club Magazine that referred to himself as "astronaut Biff Barker". Although they shared the same name and similar appearances, it has not yet been confirmed that they were indeed the same character. 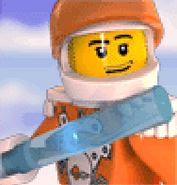 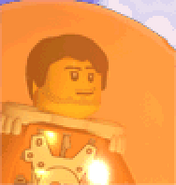 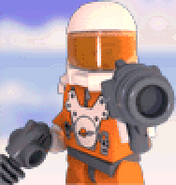