Black Skeleton Warriors[source?] are Castle minifigures introduced in 2007. They are mostly like the white skeleton warriors, but there are a few differences. 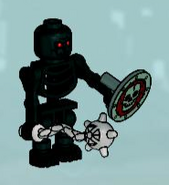 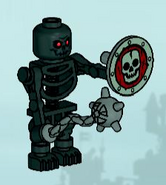