The Canary, also known as Sara Lance, is a Super Heroes minifigure who appears in LEGO Batman 3: Beyond Gotham with downloadable content.

Sara wears a black domino-like mask, has a hairpiece in brick yellow and she wears pink lipstick. She also wears a black leather suit. The suit included; quad-hugging pants with a motif reminiscent of fishnet stockings, a bustier-like top, an utility belt with two pouches on her sides, as well as a short jacket with sleeves up to below her elbows and black gloves. Moreover, her jacket appears unzipped. She uses a staff and a sonic gun.

With her staff is able to throw it, hit targets and throw it into sockets; and with the sonic gun is able to use a canary cry-like which can break light blue LEGO objects, stun several enemies at once, and a concentrated sonic blast can defeat an enemy or destroy objects. She is also acrobatic.

After the Queen's Gambit went down in 2007, Sara was presumed dead. She was found by Anthony Ivo and spent time on the Amazo and Lian Yu. One year after the sinking of the Gambit, she was found and recused by the League of Assassins. She joined the League and was with them for five years. She left the organization and returned to Starling City under the vigilante moniker the Canary, a translation of her League name as Ta-er al-Sahfer (Arabic: الطائر الأصفر; for Yellow Bird), and stayed to protect her sister, Laurel, before she was forced to leave due to the League following her, trying to bring her back. She was eventually released from the League of Assassins by her lover, Nyssa Al Ghul. Following this, she joined Team Arrow and began a relationship with Oliver. Sara soon rejoined the League as her part of a deal for their help in defeating Slade Wilson. Sara eventually returned to Starling following Malcolm Merlyn, but was killed by Thea Queen's hand, manipulated and drugged by Malcolm. Over a year after her death, Sara was resurrected by the powers of the Lazarus Pit. After Sara joined Rip Hunter's team, she became known as White Canary. She is currently the captain of the Legends after Rip left the team. 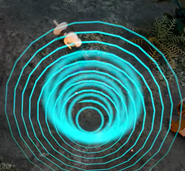 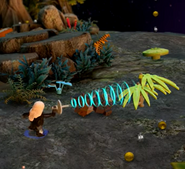 Canary shooting with her sonic gun.