The Chitauri Foot Soldier has a medium stone grey body, arms and legs, but purple hands. It has armour printed on its torso and legs. The back of its torso is printed to depict more armour plating, and the head is gold and with the pattern of the mask. It carries a laser gun.

Loki was given the service of a group of Chitauri by Thanos to help him take over the Earth and become king in exchange for the Tesseract. Loki had Hawkeye and Erik Selvig build a portal machine to bring the Chitauri to Earth, using Stark Tower as a power source.

The Chitauri then attacked New York City and fought the Avengers, which included Hawkeye, Black Widow, Iron Man, Captain America, The Hulk, and Thor. They used massive leviathan spaceships, smaller skiffs, and a large army of foot soldiers. The Chitauri were defeated when Iron Man sent a nuke through the portal and destroyed the mothership, causing all members of the invasion force on Earth to die, due to the loss of their neural link. The portal was then closed by Widow through an emergency shut off Selvig built into the device using Loki's staff. 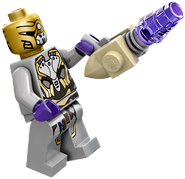 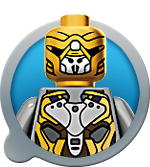 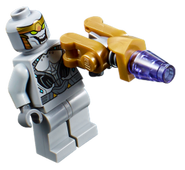