Corsair Pirate, also named Pirate of Umbar, is a minifigure from the The Lord of the Rings theme released in 2013. Corsair Pirate is exclusive to 1 set.

The Corsair Pirates, also known as Corsairs of Umbar, were a band of pirates that sailed the oceans of Middle-earth in their ships. They mainly sailed on the coasts of Gondor. In The Return of the King they were attacked and overrun by Aragorn, Legolas, and Gimli, who were now united with the Army of the Dead. These three and the Army of the Dead then made their way, in the Corsairs' ships, to the battle of the Pelennor Fields. Once at the battle, the three jumped out of the boat and surprise the awaiting orcs, lead by Guritz, who came, expecting the Pirates, to taunt them for being late. Some of the main workers on the movie portrayed these pirates, including the director, Peter Jackson. 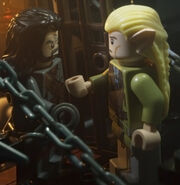 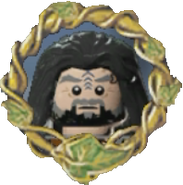 DLC
Add a photo to this gallery

Retrieved from "https://brickipedia.fandom.com/wiki/Corsair_Pirate?oldid=1922668"
Community content is available under CC-BY-SA unless otherwise noted.
... more about "Corsair Pirate"
RDF feed
Appearances
79008 Pirate Ship Ambush +
ArticleRating
4 +
Image
Lor067.jpg +
Img1
Screen Shot 2012-11-28 at 5.08.48 PM.png +
Img2
Cors.png +
InfoboxTemplate
Minifigure +
ShopDescription
Pirate of Umbar The Corsairs of Umb … Pirate of Umbar</br></br>The Corsairs of Umbar/Pirates of Umbar are band of brutal pirates, ordered by Sauron to mount an attack on Gondor from their frightening fleet of black battle ships. As they arrive, they find only Aragorn, Gimli and Legolas waiting for them on the shore. To the pirates, victory seems almost too easy. They soon discover their host of Gondor already has company: an unexpected army of allies out of this worldnexpected army of allies out of this world +
Theme
The Lord of The Rings +
Title
Corsair Pirate +
Txt1
DLC +
Txt2
Regular +
Years
2012-2013 +