Craniac is a Space Police III minifigure that was released in 2010.

The minifigure is not from the same species as the Skull Twins, but has the same shape helmet. He drives an alien space chopper with two neon green blasters, a large missile launcher and two huge flaming engines. The engine flame bricks are the new type, not the smaller flames from earlier themes. He carries a pistol with a blue axe-headed laser. The mark of the Black Hole Gang is printed on the top-left side of Craniac's torso piece. It is also very likely that he is related to the Insectoids theme.

Craniac is the master planner of the space crooks gang. He has a cybernetically enhanced brain that makes him very smart.[1] He also seems to have 6,053 parking tickets (All unpaid) according to his bio, indicating he is a very careless driver. Also, according to his bio, his brain is prone to overheating.

You can see him in Lego Space Police Building Contest video. In the beginning he is standing in the corner of the building next to the bank, which Brick Daddy want to rob. He have photo camera in hands. In next scenes he got to the bank and followed one of the bankers to the vault. There, he took a pictures of smaller safes right behind banker without him notificed. Then he ran out of the bank. Later, he met with Jawson and showed him a plan he created. However, Jawson dropped plan into nearby trash can and ran right into the wall of the bank and destroyed it. Then he destroyed another wall and ran out of the bank with vault on his back. Craniac followed him. Later both Jawson and Craniac come to Brick Daddy's office. Craniac used code to open the vault. Brick Daddy pushed him away and ran into the vault. He tossed Craniac money for his job and laughed in the vault. 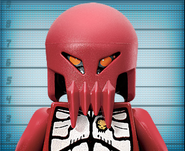 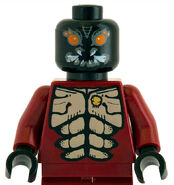