This set, entitled Ancient Rome – Ave Caesar , represents a scene of the Ancient Rome featuring Julius Caesar as well as some of its preatorian gards.

Caesar´s throne-like seat is disposed on top of stairs, surrounded by four typical roman columns covered with a pediment. The pediment is ornated with sculptures on both sides of the monument. The colors used are light yellow, gold for the fences, and dark red for the throne. The monument is further decorarted with two typical « S.P.Q.R. » flags (Senatus PopulusQue Romanus) , using dark red and gold colors.

This set comprises 4 minifigs : Caius Julius Caesar, a Centurion on a horse, and two roman soldiers to protect Caesar. 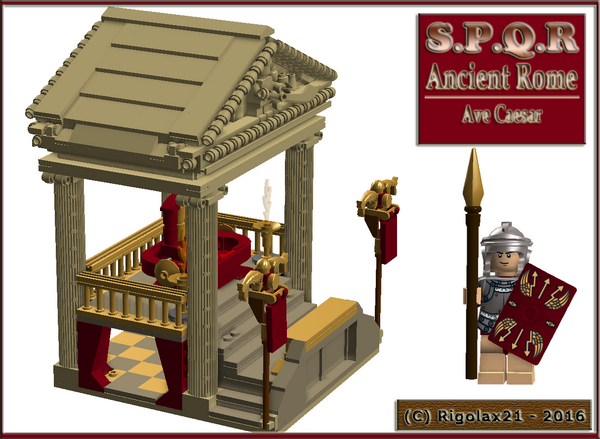 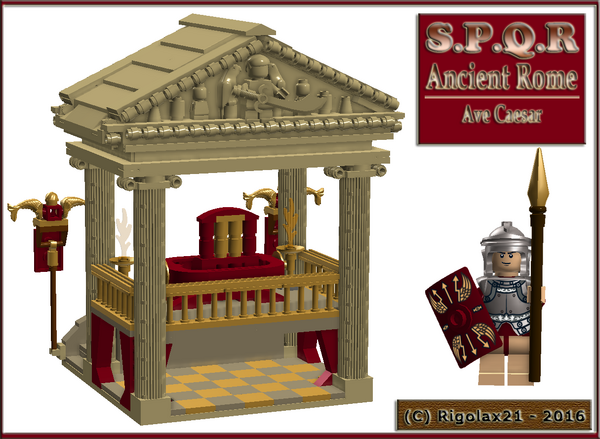 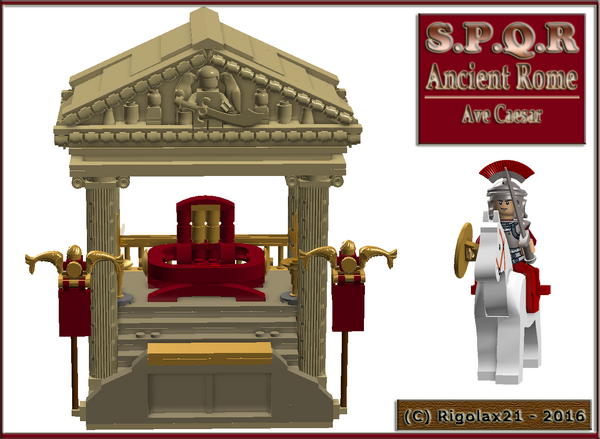 Retrieved from "https://brickipedia.fandom.com/wiki/Custom:Ave_Cesar?oldid=1883524"
Community content is available under CC-BY-SA unless otherwise noted.