The Lord of the Rings Expanded Universe: LOTRO

Nothing is known about the origins of the Blackwolds. Yet, it is implied that they were a group of Men from Bree-land that broke their ties with the rest of the free peoples. It is not stated what motivated them to do so.

The group was led by William Skunkwood who allied it with the forces of Angmar. After William's death, Éogan took over leadership of the group. He too was slain. After his death the Blackwolds broke apart and severed their ties with Angmar. 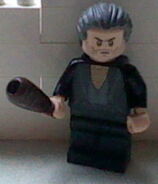 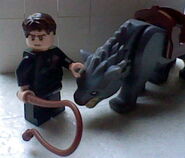 A Blackwold Wolf-Master with a Warg.
Add a photo to this gallery