This set, entitled Ancient Rome – Castra , represents a scene of the Ancient Rome featuring a small camp of the roman armee.
Castrum was the term used for different sizes of camps including a large legionary fortress, smaller auxiliary forts, temporary encampments and "marching" forts.

Camps were the responsibility of engineering units to which specialists of many types belonged, officered by architecti, "chief engineers", who requisitioned manual labor from the soldiers at large as required. They could throw up a camp under enemy attack in as little as a few hours.

The camp is surrounded by a wooden stakes palisade, and comprises one defense and observation tower.
In the middle of the camp, the general´s tent, in white and dark red, comprising inside a bed/seat and a table.

hence, 4 minifigs and a horse in total. 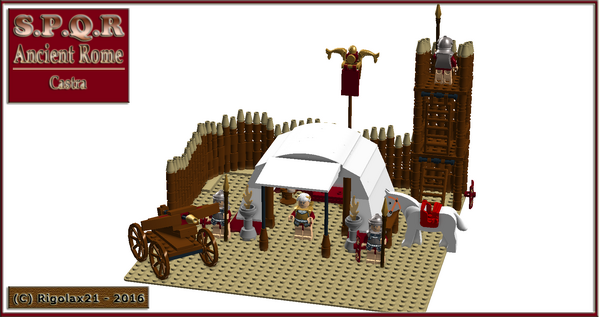 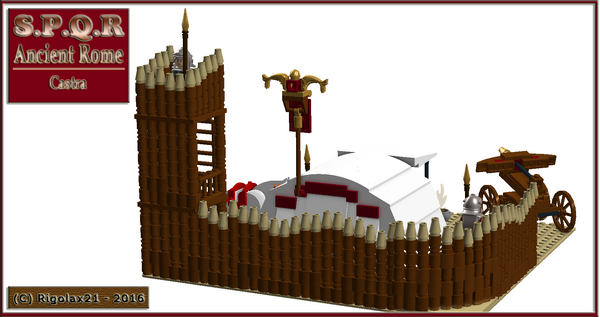 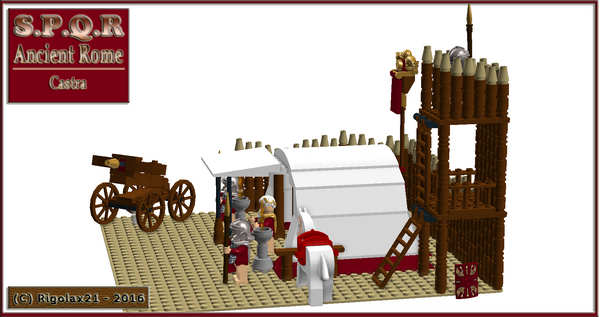 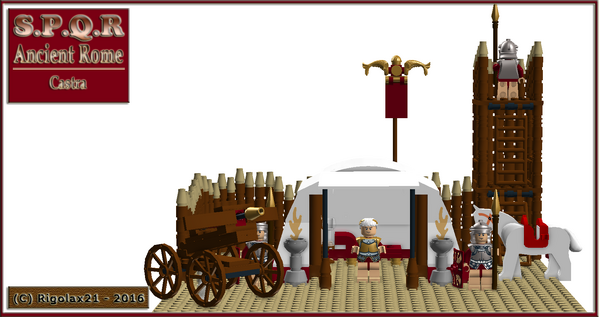 Retrieved from "https://brickipedia.fandom.com/wiki/Custom:Castra?oldid=1883527"
Community content is available under CC-BY-SA unless otherwise noted.