This set, entitled Ancient Rome – Galea Romana , represents a scene of the Ancient Rome featuring a roman galley, with his crew

A galley is a type of ship that is propelled mainly by rowing. The galley is characterized by its long, slender hull, shallow draft and low clearance between sea and railing. Virtually all types of galleys had sails that could be used in favorable winds, but human strength was always the primary method of propulsion.

This Galley is a very compact biremes with 5 pairs of oars, actionned by 10 roman soldiers (no slaves), commanded by a Roman Decurion.

At the fore, there is a bronze ram, allowing it to attack frontaly other ships by smashing into the rear or side of an enemy ship, punching a hole in the planking.
There is also a ballista, able to launch a large projectile at a distant target.
In the middle, the mast, on which a Sail has to be fixed (I didn´t found any in LDD).
At the aft, the place fort he commanding officer, with a seat, and a kind of umbrella, protecting him. 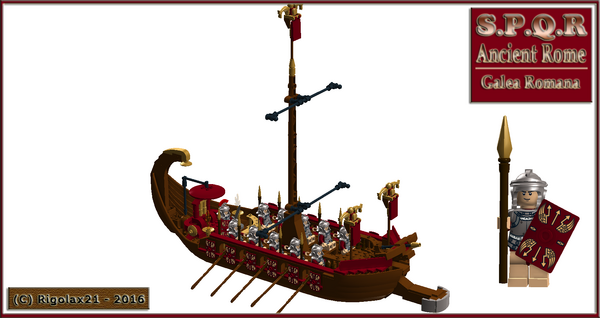 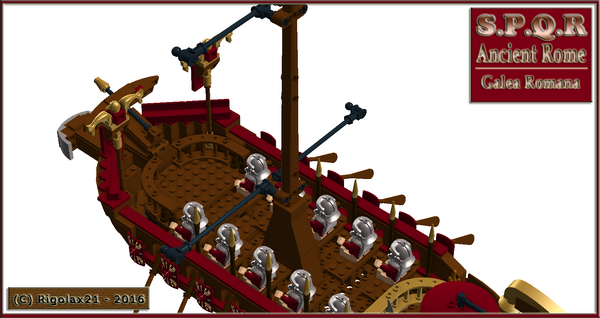 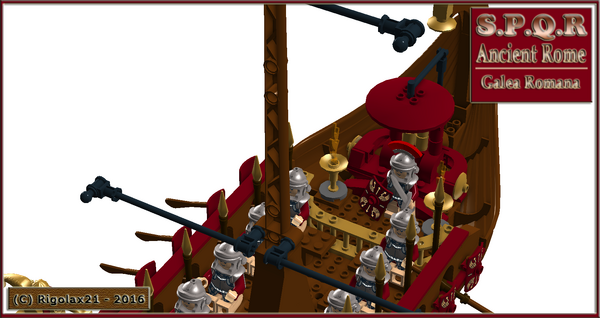 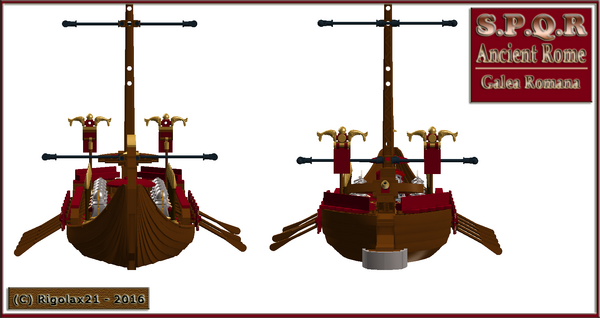 Retrieved from "https://brickipedia.fandom.com/wiki/Custom:Galea_Romana?oldid=1883528"
Community content is available under CC-BY-SA unless otherwise noted.