Once Brainiac was defeated Darkseid took more interest in the Justice League and planned to challenge them.

Once Brainiac was defeated Darkseid took more interest in the Justice League and planned to challenge them.. 4 Days Later, the Man of the Year Awards had arrived in Gotham once more. Bruce Wayne, Lex Luthor, Tim Drake and Vicki Vale are at the area. Vicki Vale is filming. Tim is waiting outside and Lex and Bruce are inside waiting for who will win the Man of the Year Award. The Joker has a new plot on ruining the Man of the Year Awards every year. In this special Man of the Year Awarding, Joker has bought with him T.O Morrow and they are prepared to knock all of the Citizen's socks off. Literally. The Announcer has walked into the area, he had Long Brown hair and hid underneath a had wearing a Suit. "Greetings Ladies and Gentlemen" he said in a high scratchy voice. He took off his hat and Suit and said "Suprise" Joker Henchmen and The Joker walked into the arena, and then announced himself and said that his Henchmen and T.O Morrow can attack and take the citizen's socks off. Bruce grabbed Tim and turned into Batman & Robin. Lex stared for a moment, then Batman with Robin in the backseat made their way through the door. They defeated T.O Morrow and Joker but Luthor looked like he was up to something.

Batman has walked into STAR Labs to talk about a special device that he found. Superman and Barry Allen are at the current place he was going to with the same item. Superman introduces Batman to Dr. Hamilton. Barry smiles at Batman and puts his arm around his shoulder and says Hi. Dr. Hamilton asks for the Device and speaks about what the device's are capable of. Just before he finishes his talk about the little device a Lexcorp Gladiator and LexBot's come crashing through the windows. There is a Run and Attack part of the story, which they are making their way to the nearest lab, LexCorp Labs. Batman throws a Batarang at the Gladiator in the Video. At the End they end up fight Lex Luthor in his Power Armour, he will have 7 lives. 2 you have to Laser and the rest you can actually fight him without Silver Hearts. When you finish the Level you get Lex Luthor (Power Armour), Superman, Barry Allen, Dr. Hamilton and a LexCorp Gladiator.

Batman, Barry Allen and Superman walk up to Amanda Waller's Office and ask questions about the unusual activity that is happening in Metropolis and Gotham. Waller does not know what the unusual activity is so she takes them all to Section 5 of Cadmus and finds there is a fire in the hallway. Barry Allen needs to turn into the Flash to make a whirlwind that sucks up all the fire and makes a tornado of the fire. Batman must make a three man-holes that Flash can shoot the fire out to. (You can turn Barry Allen to Flash in front of Superman, Batman and Waller because they already know.) They have to make their way to Cadmus Labs. Use Flash and Superman to take out the fire in the hallway. Big Fires must be put out by Batman and 4 small fires must be turned into a firey vortex. When you have almost made your way to the Lab the lights on the roof start to fall on the floor making a trap. Before the trap reaches you use Superman's Super-Strength to pull the orange handle out so that you can get in. When your in there is a Periled Citizen you must save so that you can get a Booster Gold Minikit. When the citizen is saved you must find 3 items that are needed to find the force that is messing with Cadmus. They need to find 1. A Radar, 2. A Search Engine and 3. A Metal Detector. If you find the Metal Detector first then you can find the other 2 easy. They go back to Section 5 of Cadmus and find Hector Hammond controlling all of the Scientists. They have to fight through all the Scientists then fight Hector Hammond himself. When you finish the level you get Flash, Amanda Waller, Hector Hammond and a Scientist.

"Help Me!"
―Lois Lane shouts while in Peril

"Follow Me, I know my way around here."
―Batman says to Barry Allen in Cadmus 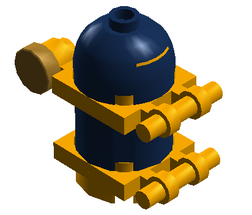 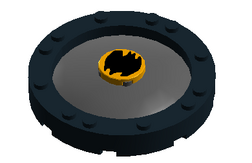 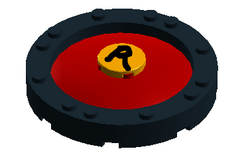 Lantern Constructing Test
Add a photo to this gallery

Starling City DLC
Add a photo to this gallery 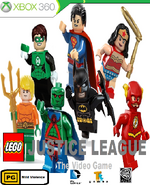 "Please don't. It was stupid even before you said it."
―Damian Wayne talking to Plastic Man in the Brave and the Bold Bonus Level

"I want to see you burn, Falcone!"
―Huntress shouting at Falcone in a Bonus Level in the Gotham Extended DLC

There will be 50 Vehicles, 27 Vehicles at the moment.


Cite error: <ref> tags exist, but no <references/> tag was found
Retrieved from "https://brickipedia.fandom.com/wiki/Custom:LEGO_Justice_League_Video_Game?oldid=1877122"
Community content is available under CC-BY-SA unless otherwise noted.