LEGO Marvel Cinematic Universe Phase One: Avengers Assemble is a Video Game released on May 4, 2012 to coincide with the last movie of phase one, Marvel's Avengers. --Lego benny the spaceman lego (talk) 18:36, May 24, 2015 (UTC)

The videogame is based off of all of the movies included in the Marvel Cinematic Universe Phase One, including Iron Man, The Incredible Hulk, Iron Man 2, Thor, Captain America: The First Avenger, and Marvel's The Avengers. There are six levels per film.

The Marvel Cinematic Universe is coming to LEGO®! Now relive every movie from phase one with a splash of LEGO® humor. With six levels per movie, Iron Man, The Incredible Hulk, Iron Man 2, Thor, Captain America: The First Avenger, and Marvel's The Avengers are included. Once finished with the levels, explore the massive hub world in an MCU-based Manhattan or fly up high to the S.H.I.E.L.D. Helicarrier. Also play as over 90 characters including characters from the MCU and their classic comic book variant!

The free roam includes an MCU-based Manhattan, as well as the interior and exterior of the Helicarrier. In the hub you can collect gold bricks, vehicle tokens, and character tokens.

There are two DLC packs included for the game: The Amazing Spider-Man and X-Men. They are based off of movies that are not considered in the Marvel Cinematic Universe. The packs include new characters, vehicles, and one new level.

There are six levels per each of the six films. There are a total of 36 levels, plus a bonus level. In each level you must find and collect ten minikits, one red brick, and enough studs to unlock true believer.

Each of the two DLC packs include one level based on the final battle of whatever film they are following. They are just like regular levels in which you must collect minikits and what not. 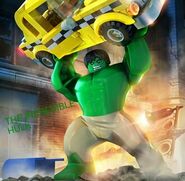 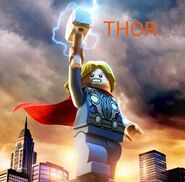 Retrieved from "https://brickipedia.fandom.com/wiki/Custom:LEGO_Marvel_Cinematic_Universe_Phase_One:_Avengers_Assemble?oldid=1954897"
Community content is available under CC-BY-SA unless otherwise noted.