LEGO Spider-Man: The Video Game, Game by: SuperLegoGeek. Game created based on the Spider-Man movies. It includes scenes of movies trilogy of Sam Raimi, Spider-Man. As well, additional DLC, dialogue by Marc Webb!

Average high school student Peter Parker is bitten by a radioactive spider. He noted that he has superhuman strength.

Becoming a super hero, under the pseudonym of Spider-Man, he did not even podazrevaet that it is waiting for the danger in superhero career! He will have to counter such threats as: the Green Goblin, Doctor Octopus, Venom, and so on.

Average student Peter Parker bitten by a strange spider, who was in the building Oskorp! It collects information about sovem father, and runs into Dr. Connors, who works in Oskorp!

Connors, tries to create a medicine to help prevent the death of Norman Osborn, head Oskorp. Having tested the drug on himself, he turns into the Lizard. Peter, becoming a superhero, tries to stop bezmnoe creature, what would he not turned people into reptiles.

But a few years later, Peter runs into a new danger from Oskorp! 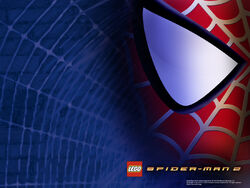