LGO The Avengers: Phase 1 is a video game developed by Excelsior!, published by Sparrow9988, and will be released soon. The game is based upon phase 1 of the Marvel Cinematic Universe, but with a blurred line with the LEGO products. The game will be released on Xbox One, PS4, Windows PC, and the Nintendo 3DS.

There are currently two DLC packs which contain the classic variants of some playable characters. They are as follows:

The Pre-order Minifig is Stan Lee.

In the Marvel Cinematic Universe, there have been changes in the actors for certain characters due to financial differences. As a result, in the game some characters have different appearances as they progress, such as: 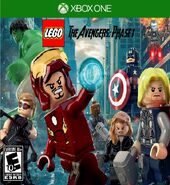 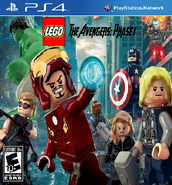 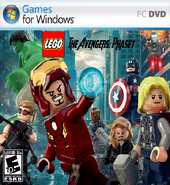 Nintendo 3DS
Add a photo to this gallery 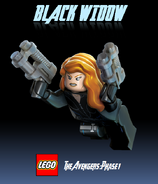 Black Widow Promo Poster
Add a photo to this gallery
Retrieved from "https://brickipedia.fandom.com/wiki/Custom:LEGO_The_Avengers:_Phase_1?oldid=1633316"
Community content is available under CC-BY-SA unless otherwise noted.