This article is about the minifigure; for other articles with Danju in the title, see Danju (disambiguation).

Sir Danju is a LEGO minifigure introduced in 2004 as part of the Knights' Kingdom II theme. His armor is purple and sports the image of a wolf. He has dark tan hair. He was the wise, older knight of the group. His power was Wisdom and he saw the potential in Jayko but knew he had to overcome his boastfulness before he was ready for true greatness. On the Knight's Kingdom website, there was a section where you could ask Danju questions about Morcia and the Knight's Kingdom sets and theme. 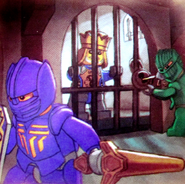 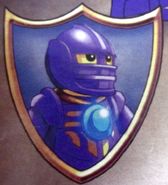