The Divers are the main minifigures from the 2010 Atlantis theme. They wear a new helmet with a visor and flippers. They all have the double-sided face minifig heads. They encounter new figures such as the Shark Warrior, Manta Warrior, and the Squid Warrior warriors. They were all once part of the Deep Sea Salvage Crew until they found a clue to finding Atlantis, at which point they changed their organisation's name to the ATLANTIS Deep Sea Salvage Crew. The Divers are named: 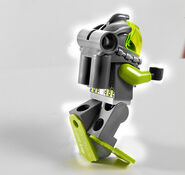 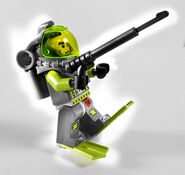 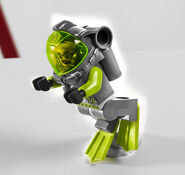