Brickipedia
Register
Don't have an account?
Sign In
Advertisement
in: Unreleased, Articles that don't have images in their infoboxes, Drome Racers,
and 2 more

According to its writer, the game's story was about Max Axel disappearing, and his younger brother entering Drome Racing to find him. Shicane's sister may have been introduced, trying to prove herself in the Drome as well. A new planned gameplay mechanic was an extreme speed boost which also affected the game's field of view to boost the sense of speed further, but was difficult to control. According to one programmer, the game would have also featured a track builder, along the lines of the later TrackMania series of games.

The game's most noteworthy technical feature was an updated game engine that would have allowed streaming of data from the DVD during play, allowing for a play area much larger and intricate than that of any previous LEGO games, or even most other console video games of the era. Unfortunately, LEGO and EA weren't confident in the new technology, and thus canceled the project.

According to the writer, work on the game didn't last long before it was canceled. While substantial work was put into the game engine during that time, the game itself never went further than pre-production, and was thus never playable.

The team involved went to work on Ion Runner, a non-LEGO game created by ATD. Unfortunately this project was never completed either, due to ATD and their parent group, Kaboom (which also owned Silicon Dreams, the developers of LEGO Island 2, Soccer Mania, and Island Xtreme Stunts) going out of business.

In 2004, ads surfaced for another Drome Racers game, LEGO Racers CC. While confirmed to be unrelated to LEGO Racers 4, this game was also canceled. This trend would continue in 2008/2009, when yet another game - LEGO Racers: The Video Game - was advertised, but canceled. 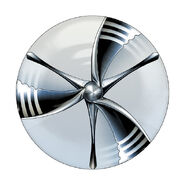