"The kids are watching!"
―Duke Detain

Duke DeTain is a City Police Minifigure released in 2019.

Duke DeTain is known for his daring antics. He often performs stunts when catching criminals, which is why they're scared if they are arrested by duke. Chief Wheeler often supports him and doesn't find his "reckless antics" to crazy. Though Captain Bennet is annoyed by his stunning antics. (Sometimes). 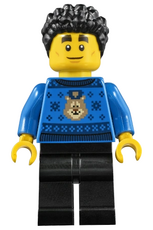 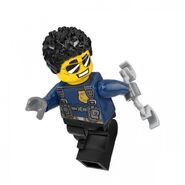