Duster is a Rama alien minifigure from the LEGO Racers theme. Duster appeared in the 2001 video game LEGO Racers 2 as a CPU racer on Xalax, also appearing as a physical LEGO minifigure in a set of his car set within the Xalax sub theme, released the same year as the video game that he featured in.

Duster is a determined fighter who drives well in foggy, dusty and other extreme conditions. 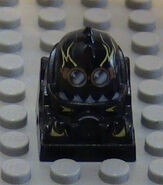 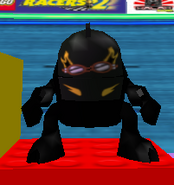 Duster in LEGO Racers 2
Add a photo to this gallery
Retrieved from "https://brickipedia.fandom.com/wiki/Duster?oldid=1089994"
Community content is available under CC-BY-SA unless otherwise noted.