The summer 2010 LEGO Shop Catalog announced the Elves on Vacation contest, which had for the Grand Prize a fan-made model to be featured on the cover of the Late Holiday 2010 Catalog. It had to have 100 pieces or less due to contest rules. Contrary to the contest description, the winning creation was not produced as a set but rather the catalog included a link to find the building instructions online. The three First Prize winner's creations could likewise be found on the website.

The winning set found on the the cover of the Late Holiday 2010 Catalog. 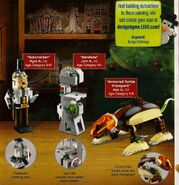 The three First Prices winners of the LEGO Elves on Vacation Contest. 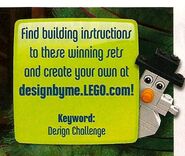 Another picture.
Add a photo to this gallery