Fawkes the Phoenix is a LEGO minifigure that appeared in Harry Potter. He is a red Phoenix who is Dumbledore's pet and has only appeared in one set to date, 4730 The Chamber of Secrets. His tears are said to cure any injury. The cores of both Harry and Voldemort's wands come from Fawkes' tail feathers. Fawkes is also known as Part 43744. 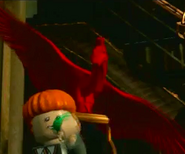 Fawkes about to steal a bean from Ron. 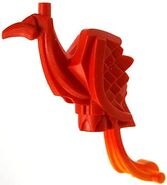 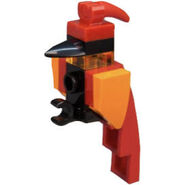 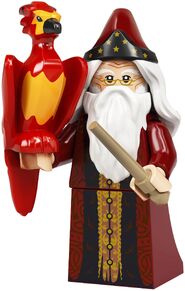