The Forestmen were one the various factions of the Castle theme and were introduced in 1987. It comprised of seven sets and was discontinued after 1990. In 2010, Minifigures theme released a forestman figure, with a new bow piece.

Until the end of 1990, nine sets with forestman appearances were released, including various hideouts and fortifications as well as simple carts. The biggest set was 6077 Forestmen's River Fortress, from 1989, which also featured the only guest appearance of another faction in this theme by including a soldier of the Crusaders. More evidence for an antagonistic relationship between these two parties was delivered by the appearance of a forestman as a prisoner in the Crusaders set 6042 Dungeon Hunters. Forestmen were also shown assaulting Crusader castles in various staged photographs for catalogs.

The theme had a short-lived revival in 1996, when Dark Forest was introduced, which made use of the same crest as the forestmen. Its sets also involved woodland hideouts built into hollow trees or rocks and some of the minifigures also featured green tunics and forestman hats. 19 different original forestmen were made and 1 forest woman, and, due to the collecteble minifigure forestmen, there are 21 in total.

LEGO Catalogs gave the following bio for the Forestmen faction: "The Forestmen are a merry band of skilled archers. They enjoy good food and good times."

The leader of the Forestmen was Robin Hood, who was shown in a commercial to be captured by the Black Knight. Robin Hood and the Forestmen also appeared in the third story arc of the Captain Indigo comics. Beyond this, little story information on the theme was given. In Dark Forest, the faction leader was a character named Rob N. Hood, though no specific relation to the original Robin Hood was ever given.

Other sets with forestman appearances 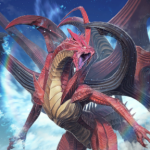