Friends is a theme that was introduced in early 2012, although some sets were available in late 2011. It replaced Belville as the "girl" theme. Twenty-three sets have been confirmed so far. The theme is more story-based than most, and follows the activities of five girls: Andrea, Emma, Mia, Olivia, and Stephanie. The theme also introduced the Mini-doll figure and over two dozen new moulds not seen elsewhere.

A television show named LEGO Friends of Heartlake City based on the theme is currently available in at least three different languages.

While previous "girl" themes such as Scala and Belville gave in to juniorization, Friends generally has as much building as other City-styled sets and themes. Friends still has a unique architecture with brightly coloured, modern structures.

The first winter wave of sets released in 2012 follows the adventures of the girls in a suburban setting, the summer wave also focuses on a more rural setting with Emma and Stephanie going to a horse-back riding camp outside of Heartlake City and Olivia taking a camping trip. The 2013 winter wave went back to the suburban setting and added two water themed sets, which go outside Heartlake City to the beach and ocean. The summer 2013 wave added a high school and other suburban-themed sets, while expanding the characters' interests to include soccer and music; a large yacht rounded out the sets.

The winter 2014 wave saw several farm and agriculture-themed sets, including a farmer's market, a horse barn and a set where one of the characters nursed a newborn lamb. A beach-side house was also added. The summer of 2014 saw several animal rescue and nursing sets, playing off the polybag sets featuring animals such as baby bear and tiger cubs, birds and other wildlife; each of these sets was set in a jungle. A camping caravan set and a large shopping mall – the largest Friends set yet – went on sale to round out the suburbia theme.

Several of the winter 2015 sets were new versions of sets issued during the original wave, the most notable examples being a new veterinary clinic and hair salon; also, Emma's House replaced Olivia's House (the last original set still in release in late 2014). All-new sets included a hot-air balloon, a beachfront lighthouse and a pizzeria stand; the summer of 2015 brought a private jet, airport, tourist kiosk, a small grocery market, skateboard park and a hotel. The January 2016 wave expanded on the girls' outdoor interests, with archery and river rafting camp sets; suburban sets included a "Cupcake Café" and a supermarket.

The summer of 2015 brought a new subtheme: "Pop Star" sets, centering on the life of Livi, a pop music recording artist who apparently lives in Heartlake City and is friends with the main "Friends" gang. Sets in the initial wave represented a recording studio, a backstage dressing room, a performance stage and a tour bus. Announced for January 2016 were a mansion where Livi lives, along with a television studio.

The theme takes place in the fictional Heartlake City, and centres around the lives of five girls, Olivia, Mia, Andrea, Emma, and Stephanie, and their adventures in and around the city. In the winter wave of 2012, the sets were mostly based the girls' interests or their hangouts. In the summer wave of 2012 it had more of a summer subtheme having Summer camp for Emma and Stephanie, there was also a bonus Christmas set to have Olivia and Christina celebrate Christmas. In 2013, the girls looked at new interests such as going to the pool, grooming dogs and karate, while in 2014, the girls developed agriculture-related interests and worked in the jungle caring for sick and injured animals. The announced wave for summer 2015 included the girls becoming pop music stars (although performing arts-related interests were hinted at in several earlier sets). 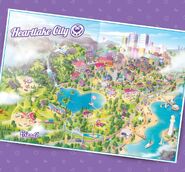 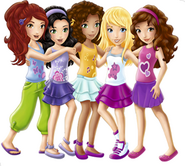 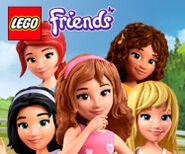 A room setting
Add a photo to this gallery 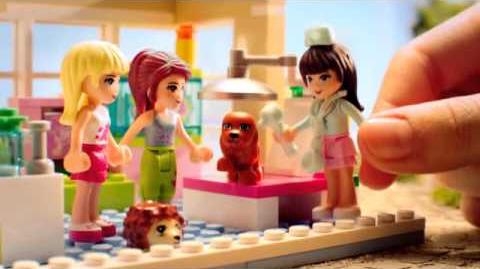 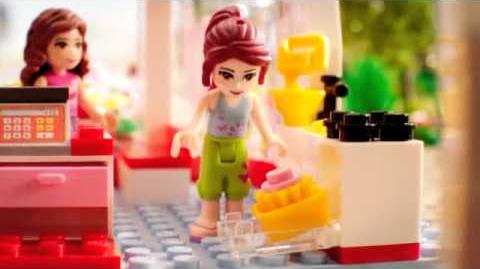 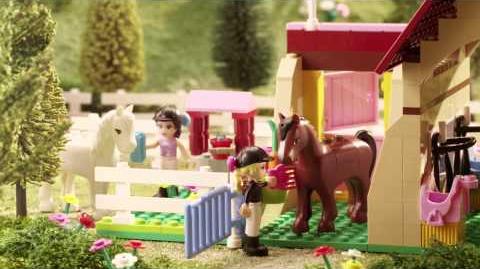 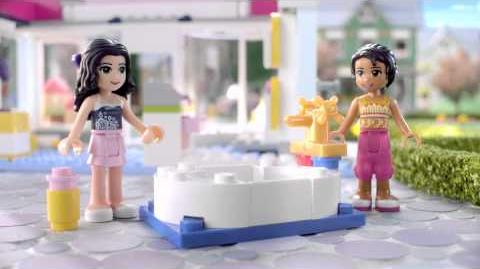 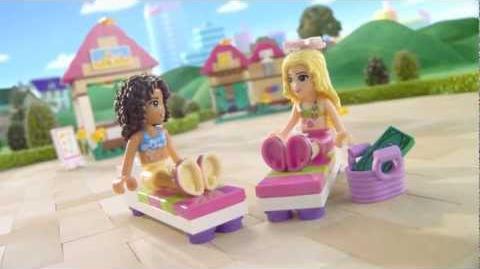