Galaxy Squad is a Space theme released in January 2013 with several of the sets unofficially released prematurely in Canada and the United States of America in November 2012. This theme is not available in some parts of Europe.

The theme features a group of humans and their robotic sidekicks defending planets from an impending invasion by seemingly malignant alien "bugs", resembeling anthropomorphic insects.

The humans and robots are split into different "teams" or "squads", distinguished by the designated colour of their minifigure printings and vehicles, as well as a unique insignia. These teams are as followed: Blue team, Red team, Green team, and Orange team. Each team consists of one robotic sidekick and one human or two humans (the red and green teams have one human each while the orange and blue teams have two humans each) . Their vehicles are mainly white, with certain detailing sharing the respective team's colour.

The main colour schemes in this theme are spread out due to the different squadrons, but all four teams consist of white, grey, and a darker version of their base colour, such as Earth Blue for the Blue Team, as shown in 70701 Swarm Interceptor, and Earth Green in the set 70704 Vermin Vaporiser, based for the Green Team.

The alien colours are mainly dark grey, lime green, and dark red, despite their exoskeleton colours being Olive Green. The aliens consist of Alien Mosquitoids and Alien Buggoids (the latter of which has a green as well as red variant). The aliens are known to be primarily based off Earth insects, hence the names, and their vehicles which are animal hybrids, such as the 70702 Warp Stinger.

A mysterious race of evil alien buggoids are swarming across the galaxy, capturing civilians in cocoons and turning one planet after another into a buggoid hive. There's only one force that can stop them; Galaxy Squad. An elite unit of the galaxies soldiers and fighter pilots that operate in four specialized task forces to save the galaxy from the alien buggoid threat.

Each team has a different strength:
Green Team: Green Team's primary skill is defence and heavy artillery.
Red Team: Red Team's expertise is speed.
Orange Team: Orange Team's main tactic is firepower.
Blue Team: Blue Team's skill is strategy and technology. Out of all the teams, it is said that they have the best tech.

A second wave of sets was released in late May/early June 2013. 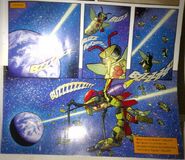 A teaser of Galaxy Squad in the Nov-Dec 2012 LEGO Club magazine, featuring a Warp Stinger and several Mosquitoids. 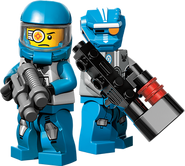 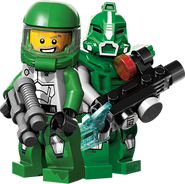 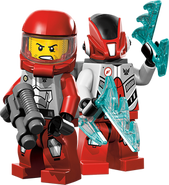 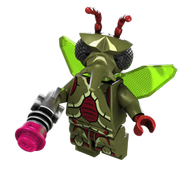 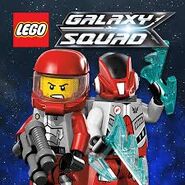 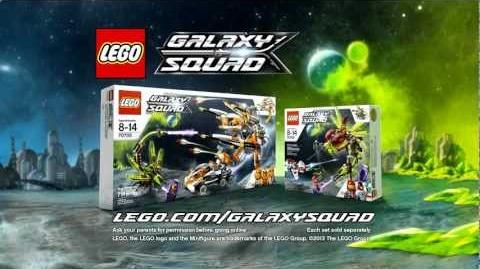 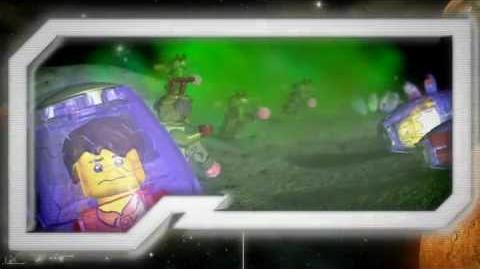